The Hycroft Mine is located on the western flank of the Kamma Mountains in the Basin and Range physiographic province of northwestern Nevada.  The Kamma Mountains was formed during the Miocene to Quaternary Epoch from the uplift of Jurassic basement rock and emplacement of Tertiary volcanic and sedimentary rocks.  The stratigraphy along the western flank of the range is down dropped to the west, along a series of north to northeast striking normal faults.  These faults served as conduits for hydrothermal fluids that deposited the Hycroft mineralization.

The deposit is typically broken into six major zones based on geology, mineralization, and alteration.  These zones include Brimstone, Vortex, Central, Bay, Boneyard, and Camel.  Breaks between the zones are major faults. 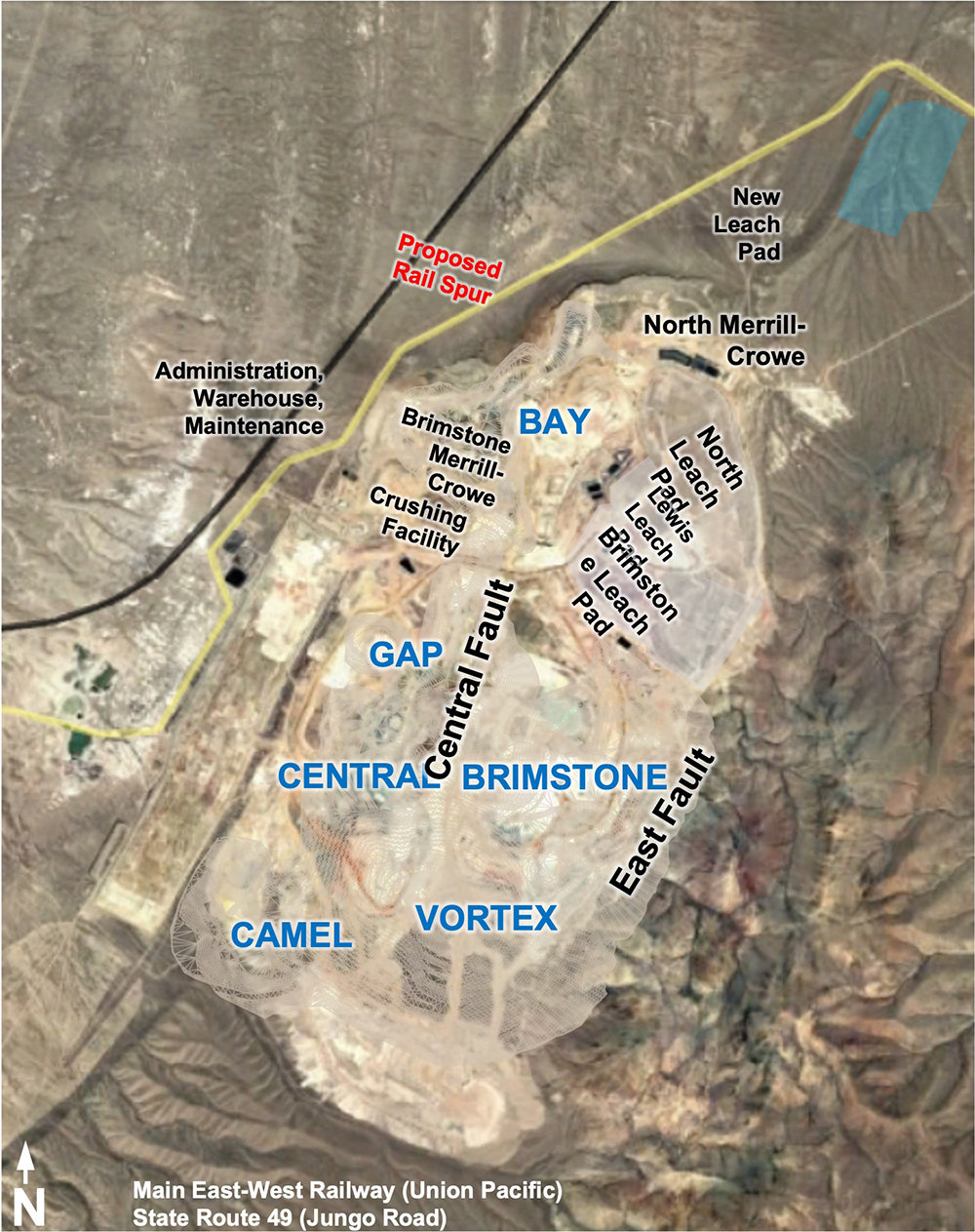